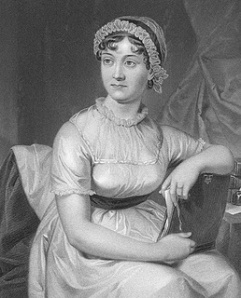 Celebrate Jane Austen’s birthday with us in Halifax! December 16th is her 236th birthday, and members of the Nova Scotia Region of the Jane Austen Society of North America will meet for lunch at The Carleton on Argyle Street at 12:30pm on Saturday, December 10th.  Non-members are welcome, too — please let me know if you’d like to join us (semsley at gmail dot com). For “Elegance & Ease & Luxury,” let us “eat Ice [cream] & drink French wine” (Jane Austen to Cassandra Austen, June 30-July 1, 1808).

Carleton House was built by Richard Bulkeley
around 1759, and it is the oldest stone building, the oldest residence, and the third-oldest building in Halifax. Born in Dublin, Ireland, in 1717, Bulkeley came to Halifax in 1749 as aide-de-camp to Governor Cornwallis. In 1750 he married nineteen-year-old Mary Rous, with whom he had four sons. After she died of tuberculosis in 1775, he married Mary Burgess. Bulkeley’s obituary in 1800 said that he had served as

“Secretary and Register of the Province to thirteen succeeding Governors, up to the present his Excellency Sir John Wentworth Bart.–at all times, revered, respected, and looked up to” (Royal Gazette, December 9, 1800).

During his fifty-one years in Halifax, Richard Bulkeley also served as judge of the Vice Admiralty Court; contributed to the building of St. Paul’s Church, serving as warden and choir director there; and helped found King’s College, the Charitable Irish Society, and the first agricultural society in Nova Scotia. He is remembered as well for the dinner he hosted on Christmas Day in 1791, for more than two hundred of the poor people of Halifax.

According to his obituary, “Inflexible integrity marked the character of the deceased, either in public or private Life; he united and possessed a clear understanding, and above all a good heart, ever assisting the needy, and a stranger to all littleness of mind; Mathematics was one of his favourite studies; that, together with the Dead and Living Languages rendered him full of information which he was as ready ever to communicate; to his latest moments he was cheerful, and preserved all greatness of mind which a clear and good conscience can only inspire.–He may be said to have long been the Father of the Province.”

More information about Bulkeley can be found in

Carleton House: Living History in Halifax, by Paul A. Erickson and Graeme F. Duffus (Halifax, NS: Heritage Trust of Nova Scotia/Nimbus, 1997), and in my book St. Paul’s in the Grand Parade (Halifax, NS: Formac, 1999). The Carleton website includes a portrait of Bulkeley, held in the Public Archives of Nova Scotia.

"I must keep to my own style & go on in my own Way; And though I may never succeed again in that, I am convinced that I should totally fail in any other." Jane Austen to James Stanier Clarke, 1 April 1816
Loading Comments...
Comment
×
%d bloggers like this: