Third in a series on rereading Jane Austen’s Pride and Prejudice. You can find Part One here and Part Two here. 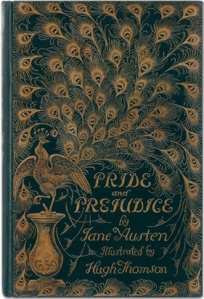 “People themselves alter so much, that there is something new to be observed in them for ever,” says Elizabeth Bennet to Mr. Darcy in Chapter 9 of Pride and Prejudice. She’s just admitted to Mr. Bingley that she is “a studier of character,” and she’s objecting to Mr. Darcy’s claim that “In a country neighbourhood you move in a very confined and unvarying society.” Even if you meet the same people all the time, Elizabeth suggests, the people are interesting because they’re always changing.

I love what Mrs. Bennet says here when she jumps into the conversation. After Elizabeth says, “people themselves alter so much,” her mother exclaims, “Yes, indeed … I assure you there is quite as much of that going on in the country as in town.” Mrs. Bennet isn’t thinking about whether people can change, or ought to, or whether it might be interesting to an observer to witness such alterations. She’s just determined to object to whatever Mr. Darcy says, especially if it sounds like criticism of her social life.

Which characters change in Pride and Prejudice? Elizabeth arrives at a major turning point in her knowledge of herself after she reads Darcy’s letter: “Till this moment, I never knew myself.” At last she studies her own character, and discovers her mistakes. When she and the Gardiners meet Darcy by accident at Pemberley, she is surprised to see him extending “the greatest civility” to her uncle and aunt: “Her astonishment … was extreme; and continually was she repeating, ‘Why is he so altered? From what can it proceed?’” So Elizabeth and Darcy both change in the course of the novel, learning from the mistakes of the past.

I’m thinking about two questions, then:

Is it believable that Elizabeth and Darcy change?

And, what other characters in Pride and Prejudice are capable of change?

Among the many recent articles on Pride and Prejudice marking the 200th anniversary of the novel’s publication is one by Sheila Heti, who writes in The Globe and Mail that “the biggest and best fantasy” of this novel is “not that lovers end up matched, but that a lesson can be learned.” She says, “If Elizabeth were a real person, her humiliation with Darcy would be repeated with other men and other women — yearly, monthly, daily. Or it would be repeated with Darcy, over and over again. She might castigate herself, as she does in the book, but she would inevitably repeat her error.” It’s much more common to argue that Pride and Prejudice is a fantasy because the heroine gets to marry for both love and money, so Heti’s idea is unusual and intriguing. Do you think she’s right that it’s a fantasy that Elizabeth and Darcy can both change for the better, not just temporarily but permanently?

As to my second question, about the other characters and their ability to change — here’s what Elizabeth thinks of her family (after she has “studied every sentence” of Darcy’s letter, as well as every aspect of “her own past behaviour”): “They were hopeless of remedy.” Is she right about their characters, or are any of the other Bennets capable of change? What about Mr. Collins? Or Mr. Wickham?

My page Pride and Prejudice at 200 collects all the posts in this series on rereading the novel, along with links to other essays and articles on P&P.

18 thoughts on “Can Characters Change?”