“About thirty years ago, Miss Maria Ward of Huntingdon, with only seven thousand pounds, had the good luck to captivate Sir Thomas Bertram, of Mansfield Park, in the county of Northamptonshire, and to be thereby raised to the rank of a baronet’s lady, with all the comforts and consequences of an handsome house and large income.” 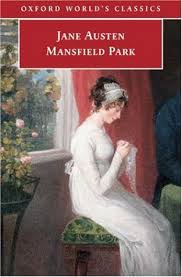 The first sentence of Jane Austen’s Mansfield Park is nowhere near as famous as the first line of Pride and Prejudice. The heroine of Mansfield Park is nowhere near as beloved as Elizabeth Bennet. The novel is rarely chosen as anyone’s favourite Austen novel – I recently heard it described (by a Janeite who shall remain nameless!) as “my 6th favorite Austen.” But even though it doesn’t have the same kind of sparkle as Pride and Prejudice, it’s a complex, fascinating, brilliant book.

This year marks the two hundredth anniversary of the publication of Mansfield Park, and I hope you’ll join me in celebrating by reading and discussing the novel here with the wonderful people who’ve agreed to write guest posts on short passages.

The series launches May 9th, on the anniversary of the publication date, with Lyn Bennett’s analysis of the opening paragraph, and it continues through the summer and

I can’t wait to read their posts and share them with you as we pay tribute to the third of the four novels Austen published in her lifetime. I love Pride and Prejudice as much as any devoted Janeite, but Mansfield Park is a close second for me. I’m happy to be celebrating with all of you online through the year, and with many of you in person at the JASNA AGM in Montreal in October.