Patrick Stokes, former Chairman of the Jane Austen Society (UK), will be visiting Halifax in the week before the JASNA AGM in Montreal. At the AGM, he’ll give a plenary lecture on October 12th on “‘Rears and Vices’: The Georgian Royal Navy.”

You’re invited to our next JASNA Nova Scotia meeting, in Halifax, on Tuesday, October 7th at 7:30 p.m. for an informal conversation with Patrick about the Royal Navy. Let me know if you’re interested, either by email (semsley at gmail dot com) or by leaving a comment here, and I’ll pass on details about the location.

What a wonderful time we had here in Halifax in September of 2005, when Patrick organized the JAS conference “Jane Austen and the North Atlantic.” Sheila Johnson Kindred gave a talk on “Charles and Francis Austen in Halifax, Canada,” Brian Southam spoke about fact and fiction in a lecture on “Jane Austen and North America,” Peter W. Graham analyzed “Insular Austen, Oceanic Austen: ‘Bits of Ivory’ and Beyond,” Brian Cuthbertson gave an overview of Halifax history, and I talked about Canadian and American readers of Austen’s happy endings.

We all enjoyed touring Uniacke House, the Maritime Command Museum, Government House, and other local highlights. At the time I was still teaching in Cambridge, Massachusetts, and it was a real pleasure to come home to Halifax to participate in such an inspiring conference.

You can read more about the conference in Jane Austen and the North Atlantic, the volume of essays I edited for the Jane Austen Society.

JASNA Nova Scotia members are very much looking forward to welcoming Patrick Stokes back to Halifax. Please join us on October 7th! 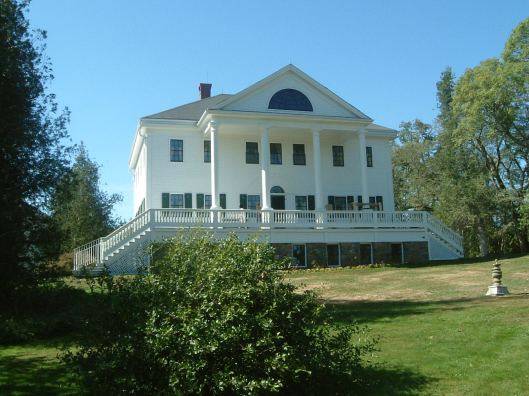 2 thoughts on “An Evening with Patrick Stokes in Halifax”