I love thinking about the history of Halifax when I’m running. Long runs give me a chance to explore my city and take pictures of some of the places I’m interested in, including the Birch Cove estate where Lady Sherbrooke and her friend Mary Wodehouse read Mansfield Park in 1815, Point Pleasant Park, which helped L.M. Montgomery when she was homesick for Prince Edward Island, and the Public Gardens, which “are very beautiful just now” – which is true this month just as it was when Montgomery wrote this in her first column for the Halifax Daily Echo in September of 1901. Uniacke House, built between 1813 and 1815 (and just a short drive north of Halifax), also has some beautiful trails.

Here are a few pictures of the places where I ran this summer, when I was training for my third half marathon at Maritime Race Weekend. Please let me know if you have suggestions about parks and trails worth visiting, whether they’re in Nova Scotia or in other parts of the world. I love to run when I’m travelling.

Race day last Saturday was fantastic, with some beautiful fog at the beginning of the race and a beautiful absence of rain all morning (after a downpour overnight). I ran without stopping, and I didn’t take a single picture that day, even though I was tempted by the magnificent views of Devil’s Island. Perhaps I’ll go back to the course sometime just to take photos.

Following advice from Jane Austen’s Love and Freindship, I ran mad and didn’t faint. I thoroughly enjoyed the experience and I’m already thinking about registering for my fourth half marathon. If you read last week’s blog post, you know already that I like to focus on what I’m seeing and how I’m feeling, more than on how fast I’m going (although sometimes, I confess, it’s also fun to challenge myself to run faster). 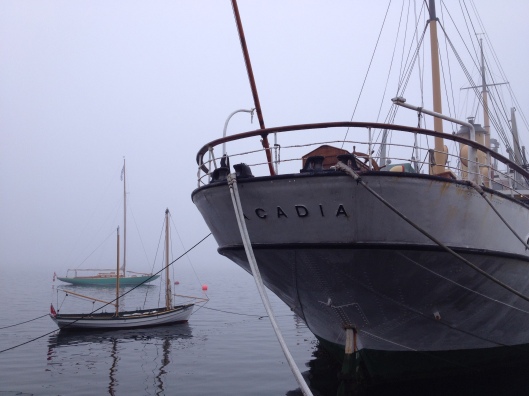 Belcher’s Marsh Park, part of the Birch Cove estate Sir John and Lady Sherbrooke leased from Halifax merchant Andrew Belcher when they were in Halifax, between 1811 and 1816.

There are more pictures of Belcher’s Marsh Park in the article my friend Sheila Johnson Kindred and I wrote last year, published in Persuasions On-Line 35.1: “Among the Proto-Janeites: Reading Mansfield Park for Consolation in Halifax, Nova Scotia in 1815.” 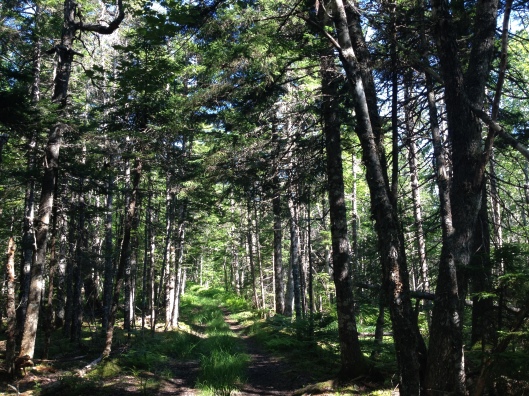 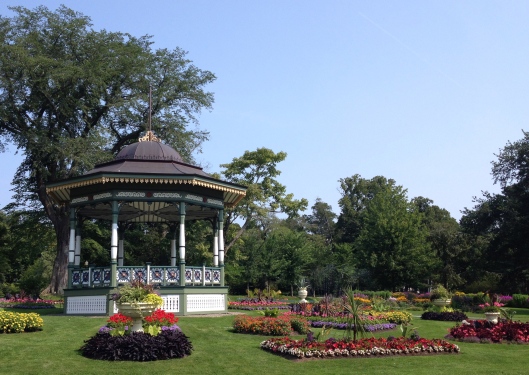 You can’t run in the Gardens – though Lezlie Lowe made the case for changing that rule – but it’s a beautiful place to walk after a long run, especially at the end of August and the beginning of September, when the dahlias are in bloom. 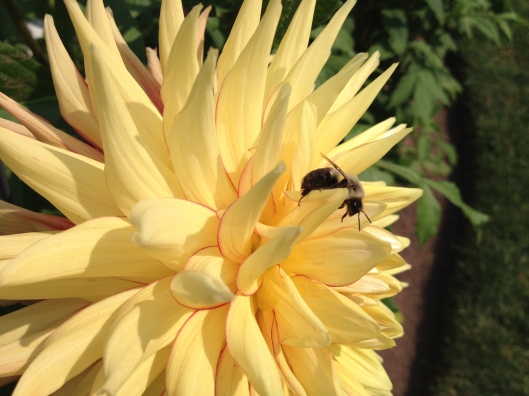 (In The Lucy Maud Montgomery Album, compiled by Kevin McCabe and edited by Alexandra Heilbron [1999], Carol Dobson quotes the line from Montgomery’s September 28, 1901 column for the Daily Echo.)

7 thoughts on “Running in Halifax”