“She’ll feel awful bad if her flowers get frosted, especially them dahlias. Octavia sets such store by her dahlias.” In L.M. Montgomery’s 1914 short story “Bessie’s Doll,” a boy named Tommy Puffer overhears Mrs. Jenkins talking about dahlias, and because he can’t stand the idea that the flowers won’t get “a chance to blossom out royally,” he decides to save them from frost by tying newspapers around them, even though he hates Miss Octavia.

The dahlias at the Halifax Public Gardens were hit by frost a couple of days ago, but I spent a lot of time photographing them last week, thereby finding my own way to save them.

While I don’t know if there were dahlias in the Public Gardens during L.M. Montgomery’s time, I do know that Montgomery went for a walk with her friend Lottie Shatford in the Gardens 120 years ago today, on October 22, 1895. She had been living in Halifax for just over a month, studying English literature at Dalhousie, and she was “beginning to feel at home in the big rooms and long halls of the college,” as she wrote on October 3rd (The Selected Journals of L.M. Montgomery, Vol. 1: 1889-1910, ed. Mary Rubio and Elizabeth Waterston [Oxford, 1985]).

When Montgomery arrived on September 17th, she wrote “HALIFAX” and the date in her diary in capital letters, to emphasize just how important it was to her that she was about to begin her university education at last: “For the past four years the day when I should write that heading in my diary has danced before my eyes, an alluring will-o’-the-wisp of ambition and hope.” She was excited to be in Halifax, but wondered whether “after all it is really worth all the toil and self-sacrifice and struggle that I have expended in bringing it about.”

She found her English classes “very nice” (October 3) and she wrote an account of her earliest memory for Professor Archibald MacMechan—“Mine happens to be that of seeing my mother in her coffin and of putting my tiny baby hand on her cold face” (October 9). She and Lottie went to the Public Gardens on the 22nd “because we have to write a theme on them tomorrow.”

I’ve been to the Gardens several times recently, partly to admire the extraordinary beauty of the dahlias and partly because I’m taking a photography class this month, which means I, too, am working on specific assignments. This online class—which I’m enjoying immensely—is taught by Joy Sussman, whose work I discovered through her gorgeous photos of Edith Wharton’s house, The Mount.

Montgomery’s evening was “delightful,” “clear and crisp.” She wrote that “the gardens seem lonely and deserted now but are sadly beautiful even in their desolation,” with their grey paths, “whirls of crinkled leaves, “splendid amber-gold” horse chestnuts, and lakes and ponds “calmly silver in the dusky light.”

After her walk, she attended a “very pretty” performance of “Iolanthe,” remarking in her diary that her late night at the opera meant she was “getting shockingly dissipated.” However, she reminded herself, “one can go to bed every night and one cannot go to the opera every night.”

I wrote about L.M. Montgomery and Edith Wharton a few years ago—while their financial circumstances were quite different, both of them achieved literary success despite the fact that their families insisted education for young women was neither important nor desirable. 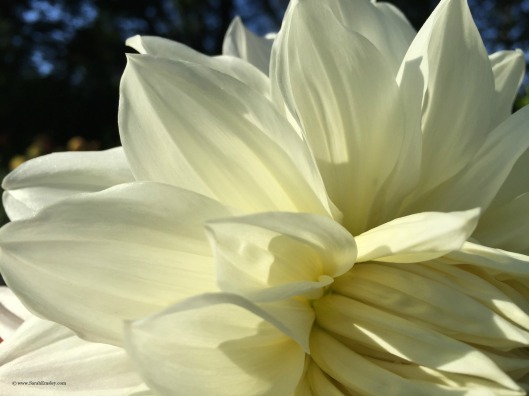 And both Montgomery and Wharton loved gardens. “Decidedly, I’m a better landscape gardener than novelist,” Wharton wrote in a 1911 letter to Morton Fullerton, “and [The Mount], every line of which is my own work, far surpasses the House of Mirth” (The Letters of Edith Wharton, ed. R.W.B. Lewis and Nancy Lewis [Scribner, 1989]). Just as Montgomery relied on gardens, parks, and forests for nourishment—finding, for example, that her walks in Halifax’s Point Pleasant Park provided a kind of cure for homesickness—Wharton turned to her gardens for comfort. As Hermione Lee writes in Edith Wharton (2007), there were times “when her garden’s rich dazzle of colour and scents was a sensual delight and a comfort to her.” On All Souls’ Day in 1923, Wharton wrote that she “sat alone in the evening with all my dead,” thinking about friends she had lost, and she recorded the names of the flowers blooming around her. Dahlias were first on her list. 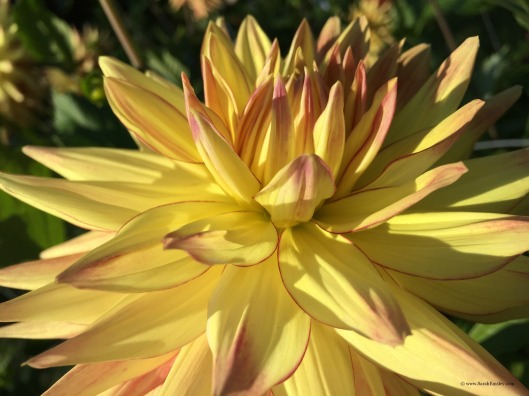 Here’s the link to other posts I’ve written about L.M. Montgomery in Nova Scotia.

27 thoughts on “L.M. Montgomery and the Halifax Public Gardens”