Dr. Cheryl Kinney is a gynecologist in Dallas, Texas, and she has given lectures in the United States, Canada, and England on women’s health in the novels of Jane Austen and other eighteenth and nineteenth century British authors. I’m looking forward to hearing her speak at the Jane Austen Society (UK) conference here in Halifax, Nova Scotia, in June of 2017. (You can find out more about that conference on the JAS website; John Mullan, Peter Sabor, Sheila Kindred, and I are the other speakers.)

Cheryl has also lectured extensively to various groups on issues relating to gynecology including menopause, sexual dysfunction, endometriosis, and pelvic surgery. She received her M.D. from Indiana University, and she serves on the National Advisory Board for the Laura W. Bush Institute of Women’s Health and the Executive Dean’s Advisory Board for the College of Arts and Sciences at Indiana University. She’s been listed in “Best Doctors in America” since 2001, she’s been named by the Consumers’ Research Council as one of “America’s Top Obstetricians and Gynecologists” every year since 2002, and for the past ten years, she’s been named a “Texas Super Doctor” by her peers. She served on the national board of the Jane Austen Society of North America from 2010 to 2015, and she’s secretary of the board of the Jane Bozart Foundation.

When I hosted a party for Mansfield Park a couple of years ago, she wrote about “Why Tom Bertram is right that Dr. Grant will ‘soon pop off.’” I’m delighted to welcome her back to my blog to celebrate Emma. For her contribution to Emma in the Snow, Cheryl has sent this guest post on Mr. Woodhouse, along with a photo of Texas in winter.

Mr. Woodhouse came in, and very soon led to the subject again, by the recurrence of his very frequent inquiry of “Well, my dears, how does your book go on? Have you got any thing fresh?”

“Yes, papa, we have something to read you, something quite fresh. A piece of paper was found on the table this morning—(dropt, we suppose, by a fairy)—containing a very pretty charade, and we have just copied it in.”

She read it to him, just as he liked to have any thing read, slowly and distinctly, and two or three times over, with explanations of every part as she proceeded—and he was very much pleased, and, as she had foreseen, especially struck with the complimentary conclusion.

“Aye, that’s very just, indeed, that’s very properly said. Very true. ‘Woman, lovely woman.’ It is such a pretty charade, my dear, that I can easily guess what fairy brought it. Nobody could have written so prettily, but you, Emma.”

Emma only nodded, and smiled. After a little thinking, and a very tender sigh, he added—

“Ah! it is no difficulty to see who you take after! Your dear mother was so clever at all those things! If I had but her memory! But I can remember nothing.”

(Volume 1, Chapter 9, from the Cambridge edition of Emma [2005], edited by Richard Cronin and Dorothy McMillan)

Average human life expectancy at the time of the birth of Jesus was thirty-two years. By the time Jane Austen was writing Emma it was forty-one years. Growing old was not a reasonable expectation for most of the population then. That Jane Austen was aware of this actuality is evidenced by the number of parentless young people in her novels. Modern scientific advances have profoundly altered our lifespan by mitigating the dangers of childbirth, disease, and injury, resulting in a current life expectancy of approximately eighty years. But all of this medical progress has left us vulnerable to the physical and cognitive declines that accompany old age and to the challenges aging presents. In Emma, Jane Austen reveals her remarkable insight into this aspect of human existence with her depiction of Mr. Woodhouse.

Although we are not provided with Mr. Woodhouse’s exact age, he is described by the author as a “kind-hearted, polite old man” (Volume 2, Chapter 16). Yet we soon notice that he is not old in the manner of the hard-of-hearing, blind without her glasses old Mrs. Bates. Mr. Woodhouse has memory lapses, repeats himself, is unable to understand a joke, is unequal to his conversation partners, has to have his business affairs explained to him, and becomes anxious about going out or being left alone. If presented to a doctor today, Mr. Woodhouse would almost certainly be diagnosed with some degree of cognitive impairment.

In order that Mr. Woodhouse will be endeared to readers, Jane Austen constructs his limitations to leave other parts of his personality unblemished—his courtesy, his politeness, his paternal love and devotion. Recent research has shown that memory loss much more profound than Mr. Woodhouse exhibits may leave intact other notable human traits. Doctors have just reached this conclusion within the last decade. Jane Austen obviously understood it 200 years ago.

Despite Mr. Woodhouse’s good qualities, there is little question that we are supposed to understand how difficult it would be to live with him. Mrs. Weston wonders at the end of the novel who besides Mr. Knightley might ever have wanted to marry Emma if a condition for doing so was to move in with Mr. Woodhouse. When Emma accepts Mr. Knightley, she is filled with joyful gratitude and relief. She reveals how acutely aware of her father’s mental and physical decline she is when she considers that Mr. Knightley will be “such a companion for herself in the periods of anxiety and cheerlessness before her!” (Volume 3, Chapter 15) To the 29% of us who provide unpaid caregiving to a relative or friend, no explanation of Emma’s expression is necessary.

For Jane Austen a character’s response to the plight of others often defines their morality. Throughout the novel Emma shelters and soothes her father, entertains him, arranges his social engagements, compensates for his misjudgments and eccentricities, and protects him (with assistance from the author) from becoming an object of pity or ridicule. There are so many instances of Emma manipulating the “environment” for the comfort of her father and they are arranged so cleverly in the story that we barely notice them as claims on Emma.

Other characters in the novel are measured morally by whether they are able to follow Emma’s lead—Frank Churchill obviously is not. Mr. Knightley clearly does. With the relentless demands on Emma, her patience and assiduities are truly remarkable and in this light her imaginings may be better understood as a coping mechanism for her day-to-day stresses. Usually in a Jane Austen novel, the heroine becomes a heroine when she learns from her mistakes, but in this novel we come to understand that it is Emma’s virtuous heart that makes her a heroine, not her recovery from some minor social blunders.

Today, studies show that for most elderly patients a loss of independence is more dreaded than a diagnosis of cancer. In Emma, Jane Austen illustrates how in the pre-modern world a “kind-hearted, polite old man” is allowed to live life as he wants and she shows us the manner in which his dutiful, loving daughter makes it possible. In doing so Jane Austen presents an awareness that though infirmity comes to all, there are lessons to be learned as your loved ones experience such afflictions. The ultimate focus should be a good life for those we love and care for … all the way to the end. A lesson Emma has clearly already mastered. 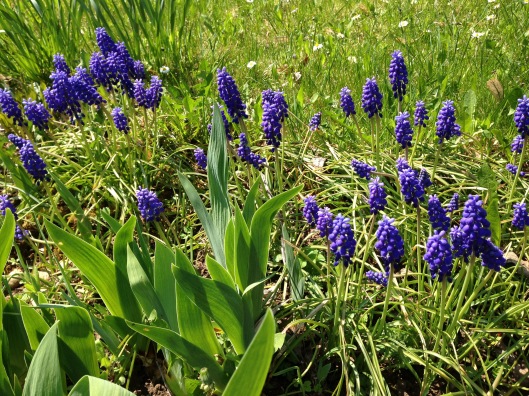 Excellent authors on this aspect of the novel:

Weinsheimer, Joel C. “In Praise of Mr. Woodhouse: Duty and Desire in Emma.” ARIEL: A Review of International English Literature 6.1 (1975).

Fourteenth in a series of blog posts celebrating 200 years of Jane Austen’s Emma. To read more about all the posts in the series, visit Emma in the Snow. Coming soon: guest posts by George Justice, Gillian Dow, and Margaret Horwitz.

41 thoughts on “Mr. Woodhouse and What Matters in the End”