Today’s guest post on Northanger Abbey is by Serena Burdick, author of Girl in the Afternoon: A Novel of Paris. Serena graduated from The American Academy of Dramatic Arts in California before moving to New York City to pursue a degree in English Literature at Brooklyn College. She currently lives in Western Massachusetts with her husband and two sons, and she says her “passion for theater, writing, the visual arts, Edouard Manet and the Impressionist movement” inspired her to write Girl in the Afternoon, her debut novel. Heather Webb calls the novel “a provocative tale of family secrets, betrayal, and the renewal of self-discovery.” 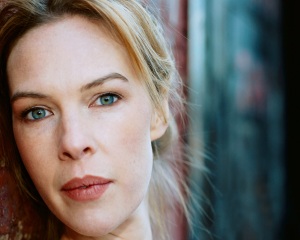 If you’d like to know more about Serena’s work, you can find her on Twitter, Facebook, and Instagram, and/or visit her website, where she tells the story of a childhood in which she “lived in books of the past,” and wanted, “more than anything else, to actually be Anne of Green Gables and Laura Ingalls.” I’m delighted to introduce her contribution to “Youth and Experience: Northanger Abbey and Persuasion.” 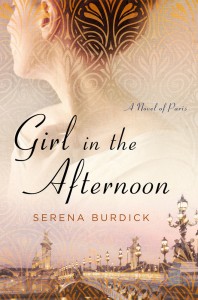 Oh, the problem of the dress! She shakes her head in dismay. Silk is only appropriate for certain occasions. Muslin is lovely, but it frays terribly when washed. And then, of course, if it is to be muslin, which one should she choose: spotted or sprigged? The mull, the jackonet, or the tamboured?

“What gown and what head-dress she should wear on the occasion became her chief concern” (Northanger Abbey, Chapter 10).

At first glance, Jane Austen’s heroine in Northanger Abbey, Catherine, appears to be the quintessential teenager. Clinging to her girlfriend’s arm, glancing coquettishly over her fan, musing wistfully over anything said in her direction. And yet Austen—even though she understands the pressure a young lady faces to behave appropriately, dress perfectly, present herself with ease and grace, and flirt to perfection—is clearly poking fun at the emotional drama arising in an overly active imagination of a young girl working hard to be the perfect heroine.

How one dressed was always the first impression: who was wearing what, which girl had on something new, or significantly impressive. And then there was the challenge of wearing a dress, and of making it through an evening without the embarrassing mishap of a tear, a spill, or a stain. “Mrs. Allen congratulated herself, as soon as they were seated, on having preserved her gown from injury” (Chapter 2).

Of course weather was a chief concern regarding attire. If it rained on the day of an afternoon walk, the walk was delayed until the ground was dry enough not to muddy the bottom of a skirt. The day Catherine expects Mr. and Miss Tilney to accompany her in an afternoon stroll, she watches the rain through the windows with much anxiety. They will not come for her in such weather, and even if it clears up it is unlikely they will come out so soon after, for fear of the mud.

These are the trivial incidents that can send Catherine into a whirlwind of emotions. She is either the happiest creature in the world, or the most wretched. Her wild and lurid imagination throws her into tears over the merest suspicion of impropriety, or into fits of delight over faint possibilities.

At the root of these seemingly minuscule anxieties, especially ones concerning appearance, is the fear of being judged by others. “Confused by his notice, and blushing from the fear of its being excited by something wrong in her appearance, she turned away her head” (Chapter 10). Catherine is constantly watching out for what someone else might find wrong with her; how she might not be being good enough, or where she will make a mistake. Nineteenth century society dictated that people rarely said what they really felt, even in matters of triviality. This often led to a tangle of confusion in matters of love and engagement. The confusion, in turn, gave way to the constant torment of not being able to express oneself properly, or truthfully. “So fearful was she of not doing exactly what was right, and of not being able to preserve their good opinion” (Chapter 20).

Subtle behaviors became even more important. When a lady felt something, she was expected to keep it to herself until the gentleman showed his affection first. “Man has the advantage of choice, woman only the power of refusal” (Chapter 10). Catherine’s greatest agony is over her affection for Mr. Tilney, but she doesn’t dare express it. The only thing she can do is put herself in his path hoping to gain his attention, which circles back to the excruciating importance of her attire, appearance, and charm—her basic tool kit as a woman. Her flawless conduct is her only chance of not offending the man she loves, and thereby losing the attention she so desires.

Catherine is highly aware of the hasty opinions and false conclusions she has made about others. When she rides away in the carriage with the Thorpes, she passes the Tilneys without stopping—oh, what will they ever think of her? How is she to explain it was not her fault, that Mr. Thorpe would not stop the carriage? When the Allens tell her they do not think it proper for a young lady to ride around in open carriages with men they are not related to, she is mortified that she has done something improper without even knowing it.

Even though it appears that Catherine has nothing better to do with her time than throw herself full force into the drama of her own story of petty perfectionism—and the flawless dress—these seemingly trivial concerns were a matter of survival: a woman’s only hope in life was on the arm of a respectable man. Without money from either the family you came from, or the family you married into, you were stranded. It is with humor that Austen illustrates this reality in Catherine’s life, a reality that was not unique to our heroine, but something all nineteenth century young women faced.

Quotations are from the Norton edition of Northanger Abbey, edited by Susan Fraiman (2004).

Fourth in a series of blog posts celebrating 200 years of Jane Austen’s Northanger Abbey and Persuasion. To read more about all the posts in the series, visit “Youth and Experience.” Coming soon: guest posts by Kate Scarth, Lisa Pliscou, and Leslie Nyman.

3 thoughts on “The Eyes of Society”