“Anne at the beginning of Persuasion has nothing to learn, no knowledge to gain from ‘till this moment I never knew myself’-style epiphanies,” writes Jessica Richard in today’s guest post for the blog series I’m hosting in honour of the 200th anniversary of Jane Austen’s novels Northanger Abbey and Persuasion. 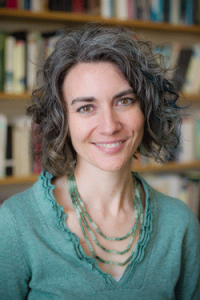 Jessica is Associate Professor and Chair of English at Wake Forest University in North Carolina. She’s the author of The Romance of Gambling in the Eighteenth-Century British Novel (Palgrave, 2011) and editor of Samuel Johnson’s The History of Rasselas, Prince of Abissinia (Broadview, 2008), and she’s co-founder and co-editor of The 18th-Century Common, a public humanities website for enthusiasts of eighteenth-century studies. It’s a pleasure to introduce Jessica’s guest post for “Youth and Experience.” 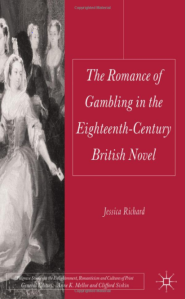 The scholar Eve Sedgwick once lambasted Austen criticism for “its unresting exaction of the spectacle of a Girl Being Taught a Lesson”; critics of a certain era seemed to be obsessed with performing disciplinary-didactic readings of Austen’s works. Sedgwick pulls lines from Tony Tanner to illustrate this, though he’s hardly the only offender:

“Emma… has to be tutored… into correct vision and responsible speech. Anne Elliot has to move, painfully, from an excessive prudence.” “Some Jane Austen heroines have to learn their true duties. They all have to find their proper homes.” Catherine “quite literally is in danger of perverting reality and one of the things she has to learn is to break out of quotations”; she “has to be disabused of her naïve and foolish ‘Gothic’ expectations.” Elizabeth and Darcy “have to learn to see that their novel is more properly called…” (Tanner, Jane Austen [1986], quoted in Sedgwick “Jane Austen and the Masturbating Girl,” Critical Inquiry 17.4 [1991], with Sedgwick’s emphasis).

Yet Anne Elliot’s learning process does not take place over the course of Persuasion; it does not anchor the novel’s plot; rather it happened before the novel itself begins. Indeed, this significant change in her views—“She had been forced into prudence in her youth, she learned romance as she grew older”—is stated but not explained, described but not accounted for. We are told at the outset that “Anne, at seven and twenty, thought very differently from what she had been made to think at nineteen,” but we don’t know exactly when this change took place, what prompted it, what stages of reassessment Anne may have undergone during the eight years “since this little history of sorrowful interest had reached its close” (Volume 1, Chapter 4). It seems clear then that Anne’s lesson-learning is not of narrative interest to Austen. Instead, Anne at the beginning of Persuasion has nothing to learn, no knowledge to gain from “till this moment I never knew myself”-style epiphanies (Pride and Prejudice, Volume 2, Chapter 13).

Not only does Anne already know herself thoroughly at the beginning of Persuasion, understanding completely (now that such knowledge is irrelevant) that an engagement to a man with an uncertain future would have made her happier than the “certain immediate wretchedness” of breaking it off. She also knows Wentworth thoroughly as soon as he crosses her path after an eight-year separation. Anne reads his smallest gestures with complete accuracy. When he declines an invitation to breakfast at Uppercross Cottage, “Anne understood it. He wished to avoid seeing her” (Volume 1, Chapter 7). When Mrs. Musgrove sighs over the fate of her late son Richard, Anne reads in “a certain glance of his bright eye, and curl of his handsome mouth,” Wentworth’s real opinion of the hapless younger Musgrove. “It was too transient an indulgence of self-amusement to be detected by any who understood him less than herself” (Volume 1, Chapter 8). When he silently compels her into the Crofts’ carriage after an exhausting walk to Winthrop, “She understood him. He could not forgive her,—but he could not be unfeeling. Though condemning her for the past, and considering it with high and unjust resentment, though perfectly careless of her, and though becoming attached to another, still he could not see her suffer, without desire of giving her relief” (Volume 1, Chapter 10).

When they meet in Bath, Anne comprehends that Wentworth’s “sentences begun which he could not finish—his half averted eyes, and more than half expressive glance,—all, all declared that he had a heart returning to her at least; … She could not contemplate the change as implying less.—He must love her.” And by the evening’s end she understands that “jealousy of Mr. Elliot! … [was] the only intelligible motive” for Wentworth’s hasty departure before the concert concluded (Volume 2, Chapter 8). Every narrative declaration of Anne’s complete comprehension of Wentworth’s inner thoughts is confirmed by subsequent action or by Wentworth himself. Eventually, even Wentworth realizes that Anne has read him thoroughly: “I had not waited even these ten days, could I have read your feelings, as I think you must have penetrated mine” (Volume 2, Chapter 11).

Yet neither the reassessment of prudence that Anne undertook before the novel began nor her repeatedly demonstrated understanding of Wentworth bring her the tiniest bit closer to happiness. For this she is entirely dependent on the chance circumstances that nudge Wentworth into self-knowledge and consequent understanding of Anne. Luck brought Wentworth back into Anne’s life (through the chance encounter of Admiral Croft and Mr. Shepherd when he was looking for an estate to rent); luck released him from the seemingly inevitable union with Louisa (through her injury and Benwick’s proximity during her recovery). Anne’s passive constancy, her woman’s “privilege” of “loving longest, when existence or hope is gone,” is rewarded by Wentworth’s belated recognition of her merits (Volume 2, Chapter 11). But this happy ending can hardly be said to be earned by Anne through lessons learned. Austen goes out of her way to undermine a didactic interpretation of the novel by making use of the narrative resources of improbable romance (luck, chance) rather than probable realism. And the novel’s concluding paragraph highlights the instability of this happy ending, this romance. No amount of self-knowledge or knowledge of each other can reduce “the dread of future war” that clouds Anne and Wentworth’s horizon.

Quotations are from the Oxford World’s Classics edition of Persuasion, edited by James Kinsley, with an introduction and notes by Deidre Shauna Lynch (2004).

“They were divided only by Mrs Musgrove.” Illustration by C.E. Brock (from Mollands.net)

Twentieth in a series of blog posts celebrating 200 years of Jane Austen’s Northanger Abbey and Persuasion. To read more about all the posts in the series, visit “Youth and Experience.” Coming soon: guest posts by Carol J. Adams, Mary Lu Redden, and Hazel Jones.

7 thoughts on “What Anne Knew”