Straub’s heroine Elizabeth writes a song called “Mistress of Myself”:

Everyone else at Oberlin was all hot and bothered about Foucault and Barthes, but she was far more interested in Jane Austen. She was reading Sense and Sensibility for pleasure, and that’s where she saw it—on one of the very last pages, when Elinor Dashwood was trying to prepare herself for a visit from Edward Ferrars, with whom she was deeply in love but who she believed had forsaken her. “I will be calm; I will be mistress of myself,” Elinor thought.

Elizabeth understood it completely: the desire to be in control, the need to speak the words aloud. No one in Saint Paul, Minnesota had ever been truly her own mistress. … Elizabeth swiveled the chair around so that it was facing the window, and opened up her notebook. The song was finished fifteen minutes later….

It’s another one of my favorites: top five, certainly. I love the story of Elinor and Marianne. It all ends happily, which is highly unrealistic, but, I must admit, narratively satisfying, and I understand why Ms. Austen adhered to the convention. Interestingly, despite my wide-ranging literary tastes, I haven’t come across many heroines called Eleanor, in any of the variant spellings. Perhaps that’s why the name was chosen for me.

In The Penderwicks on Gardam Street, Jane Penderwick seems to have an even stronger passion for dead leaves than Marianne Dashwood does, as she not only admires them, but buries herself beneath them:

Abandoning herself to the relief of tears, she pushed the leaves this way, then that way, then another, trying to build a big enough pile to crawl under. She was crying too hard to manage even that, though, so finally she simply lay down and pulled a few leaves over her face, and cried and cried until there were no more tears, but still she lay there, thinking that maybe she would stay forever, moldering along with the worms and the leaves, and at least she would help the lawn grow.

From Sense and Sensibility:

“Dear, dear Norland,” said Elinor, “probably looks much as it always does at this time of the year. The woods and walks thickly covered with dead leaves.”

“Oh,” cried Marianne, “with what transporting sensation have I formerly seen them fall! How have I delighted, as I walked, to see them driven in showers about me by the wind! What feelings have they, the season, the air altogether inspired! Now there is no one to regard them. They are seen only as a nuisance, swept hastily off, and driven as much as possible from the sight.”

“It is not every one,” said Elinor, “who has your passion for dead leaves.”

“No; my feelings are not often shared, not often understood. But sometimes they are.”

I decided to share these quotations today because it’s the 207th anniversary of the publication of Sense and Sensibility. I’ll leave you with a few more photos of dead leaves, and then I’m going to take a break from blogging and social media for a while to focus on other writing projects—see you sometime in 2019!

These photos below are from a walk I took with a dear friend—whose name, coincidentally, is Marianne—in Dartmouth, Nova Scotia, last week. 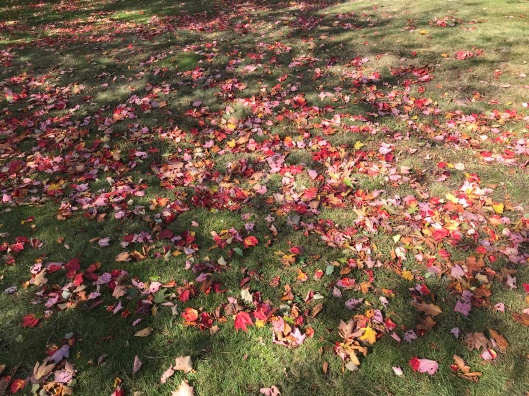 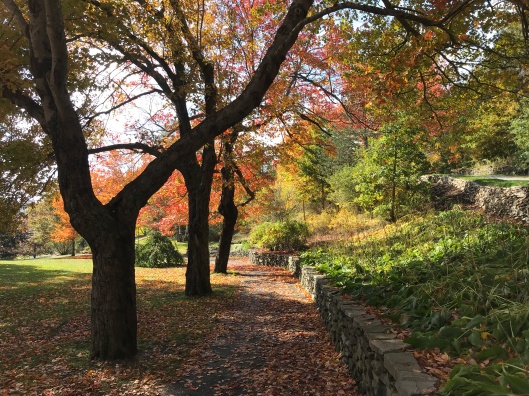 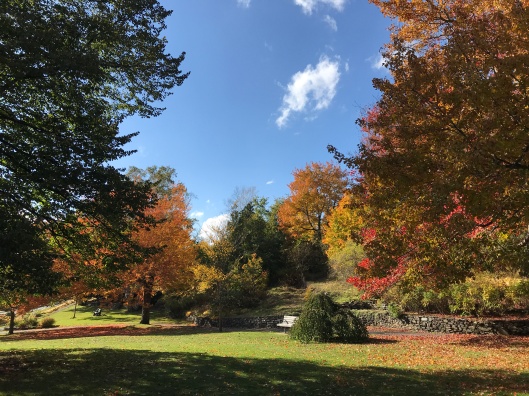 19 thoughts on “Elinor and Marianne”