The first guest post was by Deborah Barnum, on the publishing history of Northanger Abbey. We began on December 16, 2017, Jane Austen’s 242nd birthday, and the series ran until the end of June 2018.

Thank you to Adam Q for suggesting the title of the series, and to Sue Wilson Knopp for designing the image below, adding the title to my photograph of Black Rock Beach in Halifax, Nova Scotia. 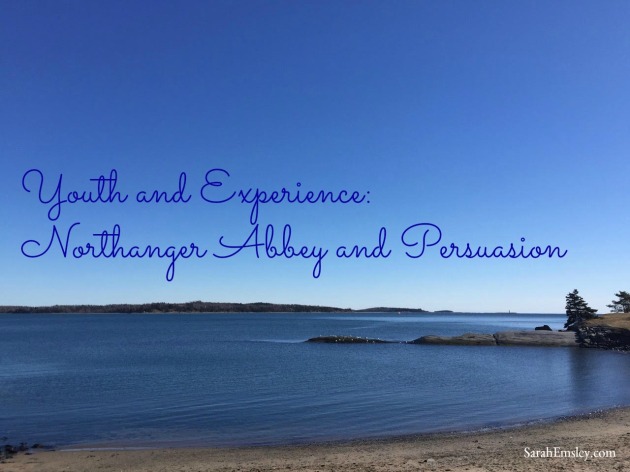 “Pump Rooms and Gothic Terrors: How Northanger Abbey Came to Be,” by Deborah Barnum

“Henry Austen’s ‘Biographical Notice of the Author,'” by Peter Sabor

“The Eyes of Society,” by Serena Burdick

“‘Miss Morland; do but look at my horse’: Horses’ John Thorpe Problem,” by Kate Scarth

“The Defense of Novels in Northanger Abbey,” by Leslie Nyman

“Bless Me, Henry Tilney, for I Have Sinned,” by Margaret C. Sullivan

“Reading, Misreading, and the Plain Truth,” by Lyn Bennett

“The Vanity of Human Riches: A Conversation About Class and Wealth in Northanger Abbey and Persuasion,” by Deborah Knuth Klenck and Ted Scheinman

“‘…a something ready for publication…’ ~ The Publishing Journey of Jane Austen’s Persuasion,” by Deborah Barnum

“What Anne Knew,” by Jessica Richard

“After the Fall,” by Carol J. Adams

“What Women Most Desire: Anne Elliot’s Self-discovery,” by Maggie Arnold

“Anne Elliot’s Journeys of Body and Mind,” by Hazel Jones

“Coincidence in Persuasion,” by Maggie Lane

“General Tilney, the Ogre of Northanger Abbey,” by Diana Birchall

“Frightening Henry Tilney’s Housekeeper Out of Her Wits,” by Kim Wilson

“Learning to Speak,” by Rohan Maitzen

“Jane Austen at Work: The Revision of Persuasion’s Ending,” by Judith Sears

“Thinking About Austen’s Writing of Persuasion,” by Marcia McClintock Folsom

“Such a Letter,” by Deborah Yaffe

21 thoughts on “Youth and Experience: Northanger Abbey and Persuasion”